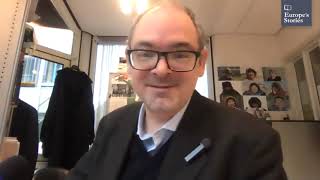 In early 2004, the EU came to a final conclusion on the perennial disagreement surrounding the potential technological monopoly of Microsoft. EU Competition Commissioner at the time, Mario Monti, headed up the effort against Microsoft based on two main monopoly claims. In the end, Microsoft received the biggest fine in EU history up to that point, which many saw as a victory against growing technology companies.
Will you tell us your European moments?
Best? Worst? Formative?